The 2020 Savannah St. Patrick’s Day festival and parade have been canceled, due to the threat of COVID-19.

Savannah has one of the largest St. Patrick’s Day celebrations in the country, and this year’s festivities are bigger and greener than ever!

Savannah’s St. Patrick’s Day festivities actually begin on March 6, with the Greening of the Fountain in Forsyth Park. The rest of the city’s fountains will be quick to follow, ushering in more than a week's worth of events, including the St. Practice Day Bar Crawl.

When St. Patrick's Day arrives, make sure you have a Parade Map and Bathroom Guide, so you can easily navigate your way around town. Beginning promptly at 10:15 a.m. on Tuesday, March 17, this year’s parade will have more than 250 marching units and up to 15,000 people. It’s a long parade, so planning where to watch is an important decision. People stake out their spots starting at 6 a.m. or earlier, but if you’re staying along the parade route, you’re already halfway there! 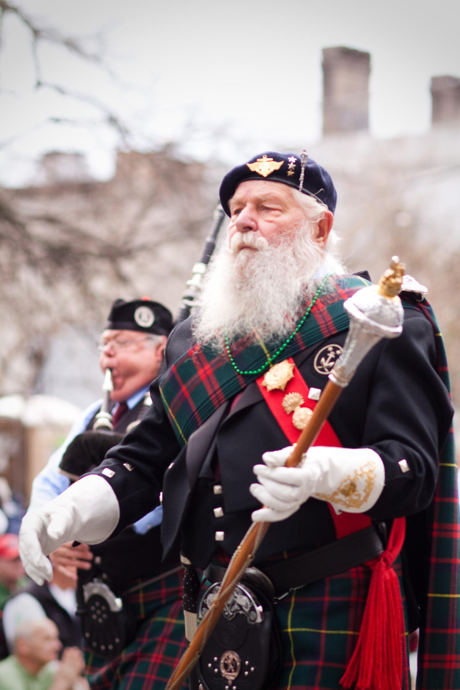 Colonial Park Cemetery - Located on Abercorn Street about a third of the way from the start of the parade, you’ll be finished watching earlier in the day and ready to venture forth for green beer! This stretch of the parade will put you in close proximity to Parker's Market Urban Gourmet, aka Fancy Parker's, where you can find everything you need to get rid of headaches, stay hydrated, or have a quick snack. They also have a walk-in beer fridge, so you can replenish your cooler and keep the festivities rolling!

Broughton Street - The parade may only go down a short stretch of Broughton Street, but it goes right past Leopold’s Ice Cream. Sure, you could swing by McDonalds and get a Shamrock Smoothie, but you can get that anywhere. What you can’t get is Leopold’s Guinness or Thin Mint & Cream flavored ice cream, which are both only available in March.

Chippewa Square - Also known as the Forrest Gump Square, Chippewa Square is located near the end of the parade route. Sure, that may mean you’ll be waiting a lot longer to see the parade, but you’ll also be waiting by Gallery Espresso, The Six Pence Pub, and Fancy’s Parker's, so you’ll have plenty of options nearby for when you get hungry.

The weekend before St. Paddy's is when the festivites really start. From March 13-14, both City Market and River Street will be overflowing with green - beer, T-shirts, mugs, beads, dogs - you name it, we turn it green! Both locations will have vendors lining the street with wares, food, and drink, plus live music all weekend long. If you plan to drink and walk - you can take your beer to-go as long as it’s a plastic cup - you’ll need to purchase a $10 wristband at one of the booth locations downtown. There will be different colored wristbands for each day, and you’ll still need your ID to get into bars. 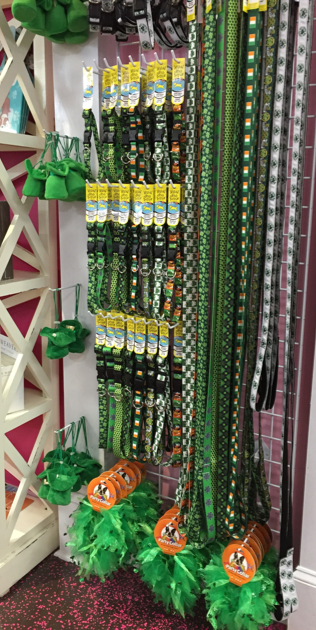 Saints & Shamrocks - Located on the parade route, Saints & Shamrocks is Savannah’s “source for religious gifts and Irish imports with a pinch of fun southern charm.” They specialize in hard to find, authentic Irish jewelry, including claddagh rings, Celtic crosses, and trinity knot charms.

WoofGang Bakery - Savannah is a pet-friendly town with many local restaurants and shops allowing for furry patrons. If you’ve brought your pooch to town, or just want to bring home a little something green for them, you’ll want to stop by one of WoofGang’s four locations in town.

Fancy’s Parker's - Yes, Fancy Parker’s was mentioned earlier, but they have so much great stuff they warrant being mentioned again! Looking for Sweet Tea? They’ve got it. Fried chicken? Yup, they have that, too. Bottle of wine for a picnic lunch? Just take your pick! Not sure what to try? Go with their house-made Tiramisu.

McDonough's Restaurant & Lounge - Located on East McDonough St. between Drayton and Bull, McDonough’s has been voted “Best Karaoke in Savannah” for the past eight years. This full-service bar and restaurant offers hearty breakfasts, homemade soups, salads and sandwiches and fantastic lunch specials. And who doesn’t want to start their day with Bloody Mary's & Irish Breakfast Shots?

Molly MacPherson's Scottish Pub & Grill - “Where it’s more fun to eat in a pub than drink in a restaurant.” If their motto doesn’t ring true for you during your visit, something has gone drastically wrong. Molly’s has the largest whiskey collection on the East Coast, and they’ve been a local favorite since they opened in 2005. If you decide to stop by, try the Molly’s Favorite - roasted turkey breast with cheddar cheese and thinly sliced green apple served on grilled wheat bread drizzled with maple butter. You won’t be disappointed!

If you still haven't decided on a place to stay during your St. Patrick's Day visit to Savannah, check out our extensive inventory of amazing vacation rentals right downtown by all the festivities.