When the news broke that the Savannah Sand Gnats would be relocating to Columbia, South Carolina, many wondered if it would be the end of regular baseball games at historic Grayson Stadium.

It wasn’t long before it was announced that a new team would be calling Savannah home, and a contest to name them began. Beating out four other finalists for team name suggestions, including Savannah Anchors, Ports, Seagulls, and Party Animals, the Savannah Bananas announced their name during a ceremony at Grayson Stadium. 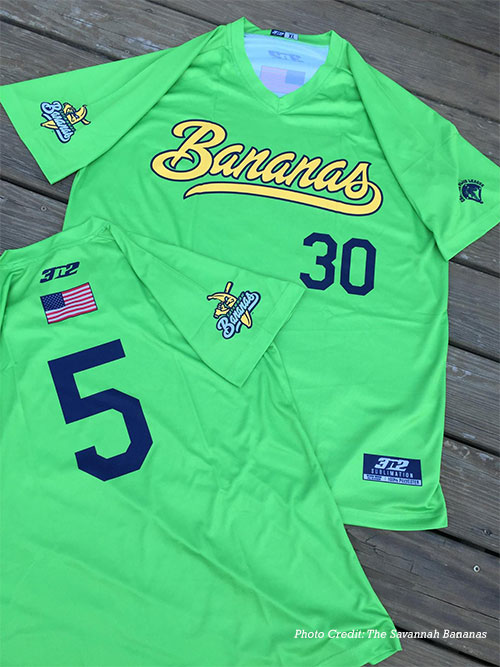 The Bananas will play 24 home games, and their opening night on June 2 sold out.

“The response has been tremendous,” said team president Jared Orton.  “We can’t wait to finally get the season underway [and] deliver a terrific fan experience for everyone in attendance.  We want them to be able to eat, drink, and enjoy the Kids Zone and move about the concourse and seating areas without being packed.”

Fans First Entertainment, which owns the Savannah Bananas, is known for a unique combination of baseball and non-stop entertainment, including theme nights. They’ll have their First Fireworks Night on June 11, a Faith and Family night on June 17, and Bark in the Park on June 20.

While the Sand Gnats, now known as the Columbia Fireflys, were a member of the Southern Division of the South Atlantic League (minor league baseball), the Savannah Bananas are the newest members of the Coastal Plain League. Consisting of 16 teams throughout North and South Carolina, the league is considered one of the top prospect leagues for professional players in the country.

Players can be drafted by professional teams once they graduate college, but those who choose to enroll in a four-year university cannot be drafted again until they turn 21. Coastal Plain League players are players at major colleges like the University of Georgia, Texas A&M, Alabama, and Georgia Southern. More than 1,200 players from the Coastal Plain League have been drafted to play professional baseball, and 80 alums have already made it to the major leagues.

You can purchase tickets to upcoming games here.