One man’s adventure to the wild and why you should follow in his footsteps.
By Kieran Paulsen

Savannah is an enchanting city. The winding cobblestone streets, the live oaks heavy with Spanish moss, and the historic buildings generate an air of mystery and adventure. It’s a unique city with almost enough idiosyncrasies to outnumber the biting gnats. However, if you grew up among forests and cornfields like I did, then even charming cities like Savannah can feel claustrophobic.

So what’s a person to do when Forsyth Park doesn’t satisfy the longing for a wide-open, natural space? There are a few options:

Appealing choices, aren’t they? Luckily there’s a fourth option that requires neither plant parenthood nor isolating oneself in the mountains. Visit the Savannah National Wildlife Refuge (Savannah NWR). 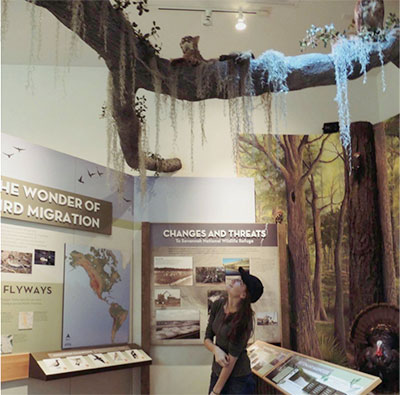 The Savannah NWR was founded in 1927 and consists of 29,175 acres of marshes, creeks, bottomland hardwoods, and tidal rivers. Much of the refuge is only accessible by boat, but there are also miles of maintained walking trails. Last weekend my roommate Rachelle and I decided to brave the swamp and see what Savannah’s wild places had to offer.

Before the swamp, though, comes the Visitor’s Center. Fifteen minutes from downtown Savannah, a straight shot across the Eugene Talmadge bridge, and one left turn brings you to the front gate. The center is staffed by loyal volunteers like John Edman, who was a biology professor for 40 years before he settled in Sun City.

Edman started volunteering at the center when it was built six years ago. He usually staffs the front desk, assisting visitors by providing information regarding the trails. His favorite part about working at the center is, “The variety of the nature. You’ve got marshes, rivers, creeks, and hardwood areas, so there’s lots to see.”

Most people visit in the spring and summer, which is when the wildlife is most active. The refuge is home to thousands of animals but its most notable inhabitants are 1purple gallinules, 2bobcats, and -- the most popular by far-- 3American alligators.

“There are plenty out right now,” Edman assured, nodding seriously to a young girl who peeked over the desk during our interview. “People come from all over the world to see the gators,” he gestured to a world map on the wall, which was skewered with red pins to show that visitors had come from as far as Russia, Brazil, and Madagascar.

Rachelle and I bid Edman farewell and headed off, trail maps in hand, and alligator evasion plans in mind.

The refuge orients its walking trails along a four-mile Wildlife Drive for cars. There’s parking at each trailhead.

The first trail is the Recess Plantation trail, which is a simple 3.2 mile loop around the John Hill Canal. It took all of thirty seconds for Rachelle to spot a hulking gator on the opposite bank. 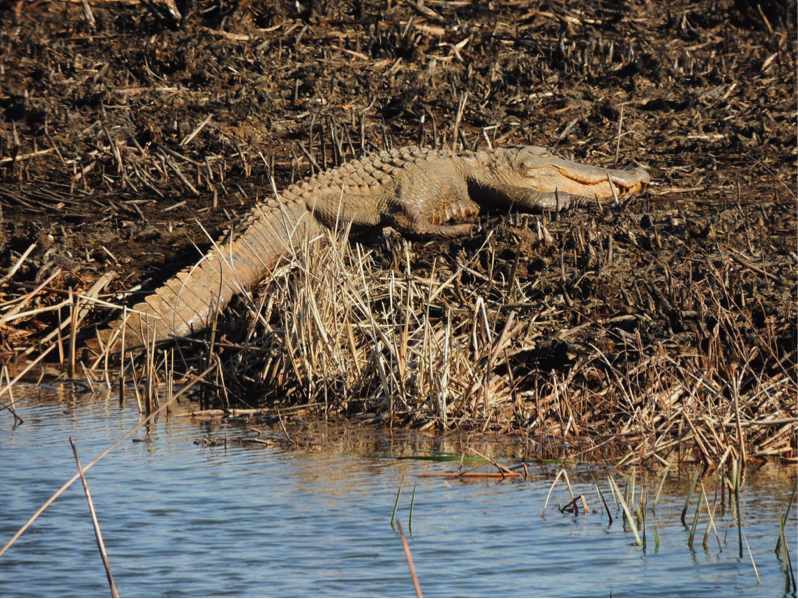 Alligators have remained virtually unchanged since prehistoric times. Rachelle and I stumbled on six more before the trail looped back so we couldn’t help but make some Jurassic Park jokes. I mean, look at this creature, and tell me you don’t think dinosaur.

There are five trails: Recess Plantation, Plantation Island, Raccoon Island, Tupelo, and Little Back River. Each one is different; the landscape varies from pure marshland, where the horizon stretches low over the reeds, to live oak forests, where the trees are dense and timeless.

Little Black River was my favorite trail. It has twists and turns that make the walk more challenging and it showcases both marsh and forest.

It was 5:30 p.m. by the time Rachelle and I stopped to turn back. Clouds were starting to interfere with the setting sun, the wind was beginning to chill, and a chorus of wetland creatures announced the coming of dusk. 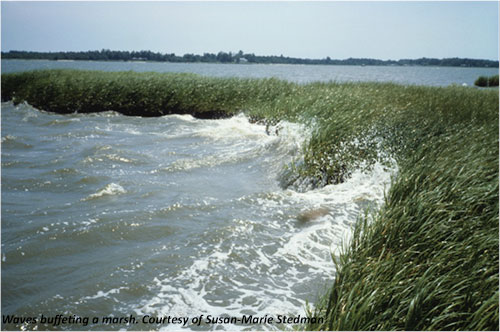 We headed for the car, finally quiet after an afternoon full of joking and bantering. The two of us ended our trip in companionable silence, turning once more to look over the marsh before settling into the car and driving back to Savannah.

Until next time, Little Back River!

The Savannah NWR isn’t just beautiful, it’s also a critical part of the coastal ecosystem. Susan-Marie Stedman, a wetland scientist for the National Marine Fisheries Service, explains, “Marshes and wetlands are as productive as tropical rainforests in terms of biomass. They also protect the coastline from hurricanes because the grass helps dissipate wave energy from damaging storms. Some people think that Hurricane Katrina wouldn’t have been so devastating if the wetlands had been preserved better.”

The Savannah NWR allows hiking, hunting, fishing, bird watching, photography, and hosts special family days every month. The trails are open from sunrise to sunset, there’s no entry fee, and the Visitor’s Center is open 9:00 a.m. to 4:00 p.m. Monday through Saturday