Recipe for a Ladies-Only Savannah Staycation

What better way to celebrate a handful of birthdays with a gaggle of girls than a sleepover?
By Andrea Goto
​Photography by Stayce Koegler

I fondly remember sleepovers with my girlfriends in middle school. One night would turn into three because we didn’t want the fun the stop—the gossiping and the giggling, the heart-wrenching movies (Beaches!), the prank calls to boys who didn’t know we existed (before *69)! 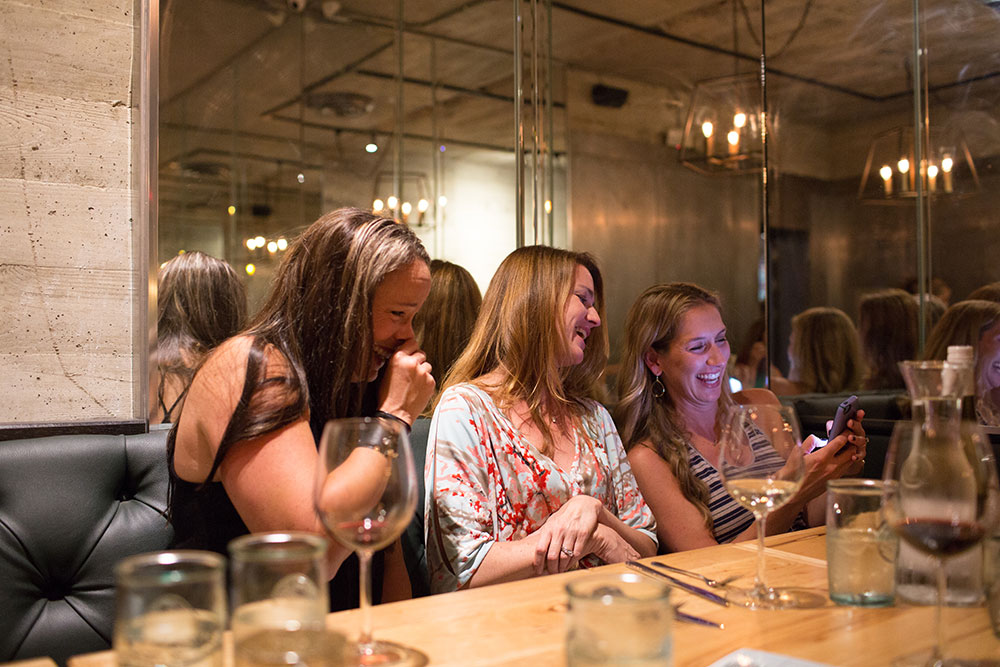 Of course, experience taught me that you can’t have an overnighter with just anyone.

To be with another person for an extended period of time—one-quarter of which is spent without makeup—requires a special bond, a certain level of comfort. You need to know that they won’t blabber on all night, snore or shank you in your sleep. Plus, things…happen. Sleepwalking, sleep eating, and an unexpected audible are real possibilities you need to prepare yourself for (as my husband can attest).

When I entered my 30s, I assumed sleepovers were exchanged for a husband, kids and household chores. So imagine my surprise when a group of women I’ve grown very close to suggested we have a sleepover to celebrate four approaching birthdays. Luckily, these women already know my darkest secrets and still seem to like me, or at least they haven’t pushed me from a moving vehicle. My dignity long gone, there was nothing to lose here, unexpected audible be damned.

Of course, we can’t just pack up for a weekend getaway and kiss our kids goodbye. We have serious mom duties, like ponytails to tie, sunscreen to apply and about 100 items to locate that our husbands seem incapable of finding without us. So we opted for a Savannah staycation—close enough for an emergency, but just far enough not to be able to hear the two-syllable, “M-Oooooom!”

Rooms at The Gant in Savannah 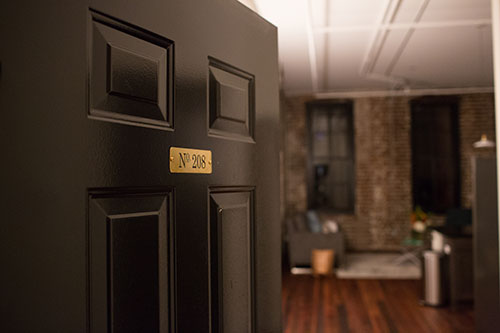 We met up at our swanky Lucky Savannah vacation rental at The Grant, a new collection of gorgeous condos overlooking the Broughton Street bustle. We booked two 2-bedroom units across the hall from one another, both of which sleep six if you count the pull-out sofa, which, after a few glasses of wine, you can totally count. Decked out with funky trimmings from 24e Design Co., the modern units are tempered with historic touches such as exposed brick and original wood floors. It would be the sleekest living space ever, but I’ll settle for making it my new go-to getaway.

Dinner at The Vault

After a glass of wine, we headed to the Starland District to the newly minted The Vault, part of the Ele and The Chef Restaurant Collective that owns and operates seven of the best restaurants in Savannah. A former bank, The Vault is one of those hidden gems that the locals have quickly mined. Our group was able to secure the room that served as the actual bank vault, which was good for the rest of the place since we tend to be a little…spirited (At one point I think the server considered shutting the door.)

The Vault didn’t disappoint. Apparently I ate my Miso Salmon, and then from plates of my girlfriends who clearly don’t understand that there are people starving in this world (namely, me). 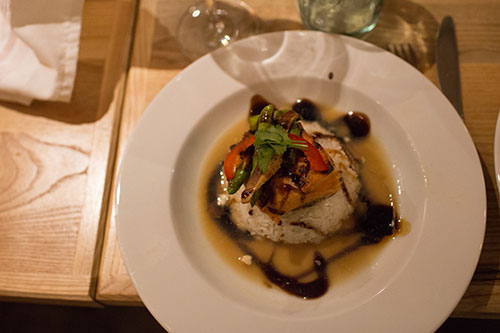 Nightcap at Chive Seabar and Lounge

Not quite ready to call it a night, we headed back downtown to a restaurant across from our condos, Chive Seabar and Lounge (yet another Ele and The Chef restaurant), for cocktails, which I would highly recommend.

At a whopping 10 p.m., which is like 3 a.m. in “mom time,” we returned to the condos, popped popcorn and whipped out a card game that was the adult equivalent of “I Never” and we learned way more than anyone ever needs to know about, well, anyone. Ever. Then we had a pillow fight in our underwear. Or at least that’s what we texted to our husbands.

Brunch is a Must in Savannah

Accustomed to being pushed to the edge of my king mattress by my 10-year-old bed invader, I slept like a baby, completely undisturbed by my bedmate (and the wandering bedmate). The next morning, bleary-eyed and hungry, we wandered the streets of Savannah with the tourists, contemplating a brunch place without a line. The usual suspects, B. Matthew’s and The Collins Quarter, would already be slammed, so we walked just a couple squares further to Pacci, were seated immediately and promptly ordered coffee and mimosas.

Because the hair of dog is the sign of a true local, and a truly good end to a girls’ overnight out—the official acronym being G.O.O.—which we’ve decided to make an annual event.

Ready for your own Savannah Staycation? Search our extensive Historic Savannah vacation rental offerings or check out The Grant Collection, featured in this post.