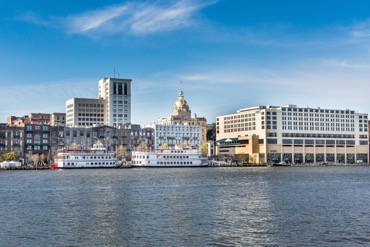 Let’s skip the essential (and obvious) items you’ll need during your visit – sunscreen, comfy walking shoes, shorts, sunglasses and hats – and get right to it: summer in Savannah is brutal. Imagine the longest, hottest day you’ve spent walking around. A day at Disney or Six Flags may come to mind. Now image that day with humidity - a lot of it. For those who aren’t used to it, spending a day in hot, humid weather can take a lot out of you. After more than a decade in the Hostess City of the South, this Jersey girl is here to give you some tips and tricks to surviving the summer in Savannah. 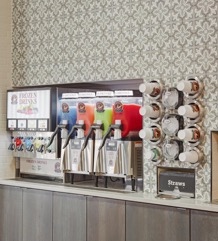 Before you arrive, you can have your Lucky Vacation Rental stocked with snacks and treats to take with you, including water and drinks of choice. If you opt out of this Lucky upgrade (or need to grab some more water on the go), be sure to head over to Parker’s Gourmet Market on Drayton Street. You may have heard us talk about Fancy Parker’s before (because they’re awesome), and ever since they went through an extensive renovation they’re even better than before.

Aside from their selection of freshly made food, including must-try Mac and Cheese and Fried Chicken, Fancy Parker’s has a wide selection of ice cold drinks to satisfy every craving. Whether you want sweet tea, a frozen beverage (Cola, Cherry, Strawberry, oh my!), or just a bottle of water, they’ve got you covered. The best part about grabbing a fountain drink from Parker’s? Chewy Ice. Small and delightfully crunchy, no fountain drink is complete without some.

Now that you’re properly hydrated, it’s time to explore Savannah. There are lots of fun and historic places around town to visit. One of our favorites is the Jepson Center on Telfair Square. The Jepson is the contemporary cousin to the Telfair Academy, the oldest public art museum in the South. With more than 7,500 square feet of air conditioned space filled with works by William Christenberry, Helen Levitt, and many notable Georgia artists, you’re sure to find something for everyone (even if it’s just the gorgeous view of Telfair Square). It’s also home to the iconic Bird Girl statue, made famous by Jack Leigh’s photograph which graces the cover of Midnight in the Garden of Good and Evil. 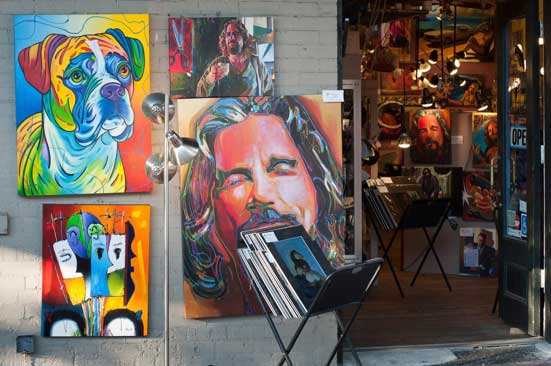 City Market is just a short walk away from Telfair Square, and is a hub of dining, entertainment and nightlife. If you’re looking for some Savannah souvenirs, you’ve hit the jackpot. Stop in the Savannah Candy Kitchen to try some taffy and pralines, and don’t forget to pick up some sweet treats for your furbaby at Woof Gang Bakery. If you’re in the mood for lunch you’ll have several nearby options, including Molly MacPherson’s Scottish Pub and Vinny Van Go Go’s, the best pizza I’ve had since moving away from New Jersey. Make sure you head upstairs to get an insider’s look at the creative process for many local artists. Feel free to watch them at work in their studios, ask them questions, and even buy original pieces of art, including paintings, sculpture, and photography. When you’re ready to move on, you can easily pick up a Trolley, carriage, or even pedicab from the market center. 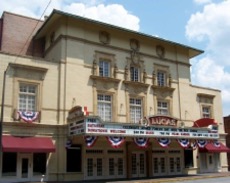 If you find yourself wilting when evening arrives, perhaps it's time to head into the dark, crisp coolness only a movie theater can provide. Before you stop and say, “Not on my vacation!,” the Lucas Theatre for the Arts is not your average movie theater. Originally opened in 1921, The Lucas has been lovingly restored and hosts a wide range of events throughout the year, including films, concerts, dance shows, and more. They have some great evening movies lined up - a double feature of The Mummy (1999 and 1932 versions) on June 17, The Magnificent Seven, starring Yul Brynner and Steve McQueen on June 24, and Splash on July 8. They’ve also announced that beginning on June 18 they’ll be showing a selection of Disney Classics, including “Cinderella,” “Robin Hood,” and “Alice in Wonderland.” 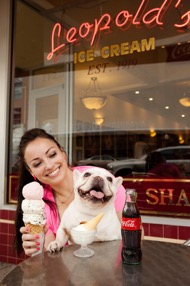 Sultry Savannah summers are always the perfect excuse to enjoy a large helping of deliciousness from Leopold’s Ice Cream. Located just around the corner from The Lucas, Leopold’s has been delighting kids and kids-at-heart since 1919 with homemade ice cream. They have all the classic flavors - chocolate, coffee, pistachio - and Seasonal Favorites, including Dutch Utopia in June, Firecracker in July, and Birthday Cake in August to celebrate another year of cooling off Savannahians in the sweetest way possible.