With as much history as Savannah boasts beneath its grand oaks, trips are commonly planned around the city’s distinguishable landmarks. But there’s more to historic downtown than a waving girl on the riverfront; some of Savannah’s most impactful monuments, homes, and organizations miss the “Top 10” articles and in turn, miss their due recognition. Whether you’re a seasoned Savannah patron or a first-time guest looking to take our city’s “road less traveled,” these underrated Savannah landmarks deserve a place on your itinerary.

Located at the corner of Gaston and Whitaker, the Georgia Historical Society was founded in 1839 and is the oldest continuously operated historical society in the South. They have collected, preserved, and shared some of the most important documents - including more than 4 million manuscripts, 100,000 photographs, 30,000 architectural drawings, 15,000 books, thousands of maps, newspapers, and artifacts - that tell the story of Georgia. As an active research facility, their collection is now searchable online, but nothing can ever replace or diminish the experience of viewing it first hand. 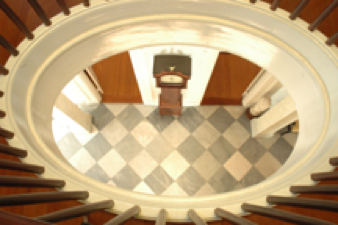 Built in 1842, this Greek Revival mansion overlooks Orleans Square. The beautiful antiques, sculptures, paintings, and Rococo frames dating from the 18th and 19th that adorn the house are a testament to Alida Harper-Fowlkes taste and affection for the arts. In 1985, Alida left the house to the Society of the Cincinnati, a non-political organization founded after the Revolutionary War in 1783 as the Continental Army was disbanding.

One of the architectural treasures of this home is the elliptical opening which can be viewed from the lower and upper levels of the entry and stairwell. While the Harper-Fowlkes House is one of Savannah’s lesser known homes, you won’t be disappointed with your visit.

The First African Baptist Church was organized in 1773 and completed in 1859. This historic sanctuary still contains many original elements that have allowed the congregation to preserve much of its rich history. The pews located in the balcony were made by slaves and are nailed into the floors. The markings on the outside of these pews are written in the African dialect known as “Cursive Hebrew.” The ceiling of the church has a “Nine Patch Quilt” design, which signaled the church as a safe house for slaves. The design also served as a map and guide, letting people know where to go next and what to look out for.

For nearly 100 years, the community of Pin Point was quietly isolated on the banks of the Moon River just south of Savannah. Located in the old A.S. Varn & Son Oyster and Crab Factory, Pin Point Heritage Museum is your chance to experience the Gullah/Geechee culture first hand.

Explore the refurbished museum complex and exciting exhibits while enjoying an unparalleled view of the marsh. 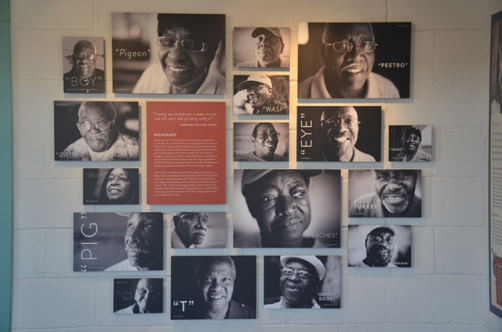 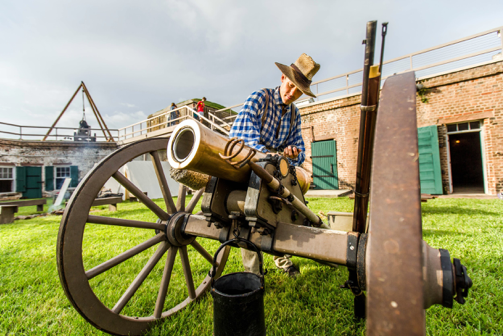 With daily cannon firings and interactive programs, including guides in period clothing, Old Fort Jackson is a must-see National Historic Landmark. It’s just a short drive from downtown Savannah, and they have some of the best views of the Savannah riverfront.

Having celebrated its bicentennial in May 2008, Old Fort Jackson is Georgia's oldest standing brick fortification and one of only eight Second System fortifications (a series of forts built prior to the War of 1812) still standing in the United States. 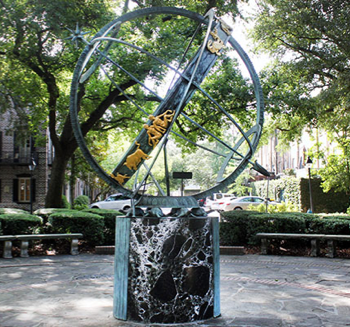 Named for George McIntosh Troup, a United States Senator and Governor of Georgia, Troup Square may be one of the smaller squares, but it has one of the most fascinating monuments.

In the middle of the square is the Armillary Sphere, held up by six tortoises. Originally invented by the Greeks and used to track celestial orbits, armillary spheres were used by ancient astronomers to show the recurrence of equinoxes and solstices. This Armillary Sphere was designed in 1968, functions as a sundial, and is decorated with zodiac signs. One of Savannah’s lesser traveled squares, it makes for a peaceful place for an afternoon stop and the doggie fountain makes this square pup approved.

Touring an old school while on vacation may not seem like a great idea, but that’s only because you haven’t been to the Massie Heritage Center. This is an excellent place to learn about the history of Savannah, including the city’s architecture and layout. Discover the inspiration behind Oglethorpe's design and layout for the city, and how the city was developed, with a 3D model. Compare some of the world's most well-known architectural structures to the architectural styles seen throughout downtown Savannah at their Classically Inspired Architecture Exhibit. The Massie Heritage Center has interpretive programs designed to stimulate curiosity, and with guided or self-guided tours of the exhibits and gardens, you can really let your imagination run wild within their walls.

Some people say it’s the circular design, while others say it’s the proximity to the water. However it happens, the square in the center of the circle marks the spot where this bit of concrete turns into an echo chamber. If you step in the square and speak, people immediately outside of the square can hear you. It’s just one of those quirky, unique things about Savannah that we love. 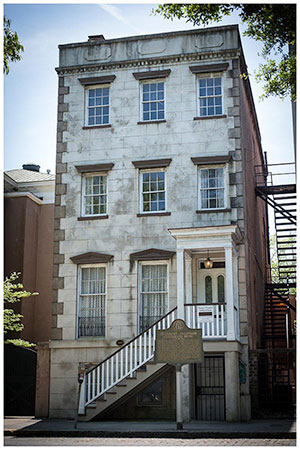 The childhood home of Mary Flannery O’Connor, the three-time winner of the O. Henry Award and posthumous winner of the National Book Award for Fiction for The Complete Stories, one of the few museum houses in the country that is restored to the Depression-era. The guided tour gives visitors a glimpse of the quiet, domestic life of the young Mary and her family and can view rare books in the Bruckheimer Library. If you have a bibliophile in your family, this is must-go house tour.