At “Ships of the Sea,” There’s More Than Just Ships to See | Savannah Travel Blog
Skip to main content

At “Ships of the Sea,” There’s More Than Just Ships to See

At the busy corner of Broughton and MLK, Savannah’s Historic District holds a hidden gem: the Ships of the Sea Maritime Museum.

It may seem like an incredibly niche attraction—the draw of model boats is admittedly far from universal—but the William Scarbrough House, built in 1819, has a lot more in store for visitors than vessels. 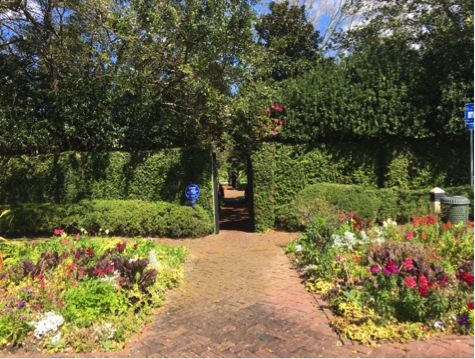 The museum is also known for its gardens, which regularly host stunning outdoor weddings. The largest private garden in the historic district, it is divided into a shaded section in front of the house based on a 19th-century design and an open, sunny modern addition called The North Garden.

Just inside the front door, next to whichever welcoming employee is selling tickets at the time, is one of the museum’s newest and coolest features: a computer with a map of Savannah’s waterways and an interactive, live display of every ship currently in the river and port. The museum receives a free subscription to PortVision (an otherwise expensive software), the docent told me, because they host an antenna. Clicking around on the triangles floating down the river brings up the name of the vessel and its information, including size, speed and point of origin. 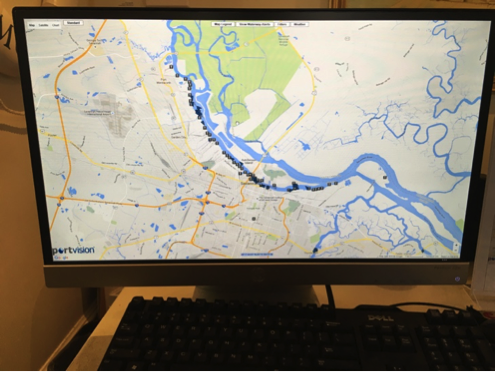 The ground floor of the museum is populated by models of ships that are in one way or another important to the history of Savannah. The second floor leans more toward general maritime history, including a massive display of the Titanic and a room dedicated to models of military vessels. The second floor is also where things get more interesting, with collections of artifacts and naval oddities that serve to really flesh out the history of seafaring. 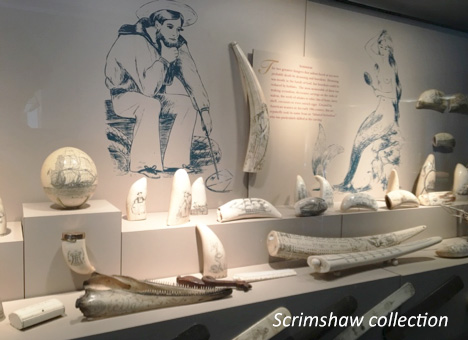 “The Scrimshaw collection is probably what most people who come here are excited to see,” a bearded docent tells me. Scrimshaws are works of art carved or drawn onto whale bones: the display informs that the art form was developed as a way for sailors to fight off boredom which, coupled with drowning, was one of “the greatest dangers that a sailor faces at sea.” The artworks are beautifully carved and depict sailors, ships, lovers back home, whales, mermaids and more.

In the same room as the Scrimshaw display, a case full of nautical knick-knacks beckons: a sailor’s Valentine made of shells, porcelain cats used to advertise brothels, apothecary and dental kits, fine china and many more miscellany are all neatly arranged and documented behind glass.

In the room across the hall, similar display cases detail the history and methods of naval navigation and timekeeping and, paired with a large model of the frame of a ship still being built, the carpentry and construction of seafaring. In the Scarbrough House’s basement, the museum’s famed Ship-in-a-Bottle collection and a scale model of a ship’s wheelhouse—open to anyone wondering what it would be like to spin one of those iconic wooden wheels—delight visitors adventurous enough to wander down the narrow stairs.

Far from a tedious collection of toy boats, the Ships of the Sea Maritime Museum is a treasure trove of nautical knowledge and underappreciated artifacts. Documentaries on the U.S.S. Savannah and other vessels, beautiful 19th-century paintings of tall ships, intricate models and collections of things most people didn’t know existed fill the mansion’s historic rooms to overflowing and eager docents more than ready to guide you through it all make the Scarbrough House home to one of downtown Savannah’s most surprisingly exciting learning experiences.