History is very much alive in Savannah. Cobblestone streets, horse-drawn carriages, and cast iron fences make a stroll around The Port City all the more interesting and enchanting. Just look at Lafayette Square, home to the Flannery O'Connor Childhood Home Museum. It’s kind of amazing to be able to spend an afternoon immersed in the life of one of Savannah's most famous faces and beloved authors.

Flannery is known for her short stories and novels like, Everything That Rises Must Converge and Wise Blood. Flannery's style became known as Southern Gothic. She gave readings to her parents and friends in the parlor of her home. Her cynical eye and fondness for grotesque imagery startled some of her guests. Her collection A Good Man is Hard to Find and Other Stories was a finalist for the 1956 National Book Award in Fiction.

Aspiring authors, Savannah natives and all-around lovers of fiction can be inspired and witness firsthand where Flannery’s career took off. Need a little more encouragement? Here are 5 reasons why a tour of Flannery O’Connor’s childhood home should be on your Savannah bucket list. 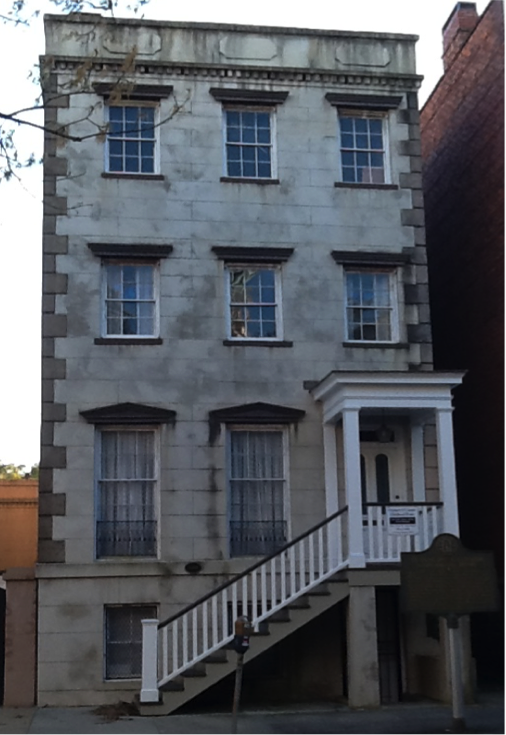 Flannery is a true-bred Savannahian. She lived in the Charlton Street home for most of her life and even attended mass at the Cathedral of St. John the Baptist. One of her favorite places to read at home was — wait for it — the small bathroom on the second floor.

Some of her childhood books, furniture owned by the family and personal items like her mother Regina’s vanity set have been recovered and still reside in the home. If you look closely you can see her small handwriting scrawled on some of the pages of her storybooks.

March is an important month for the Flannery O'Connor Childhood Home as it celebrates the anniversary of the award-winning author's birth month. Every year the organization holds a parade in honor of Flannery's work and life. People from Savannah and beyond gather in Lafayette square dressed in costumes inspired by characters from her works.

See that blue and green birdhouse under the entrance stairwell? It's actually a miniature library. The Flannery O'Connor Book Trail is a series  of free little libraries across Savannah and Milledgeville where you can borrow and leave books for others. The peacock-inspired birdhouse is a testament for the author's fondness for feathered creatures. She raised birds when she moved to Milledgeville with her mother, Regina. Legend has it she taught a chicken to walk backwards.

Thanks to hard work of Armstrong University professors Hugh Brown, Robert Strozier and Robert Burnett, the house has been restored to what it would have looked like in Depression- era Savannah. The professors bought the house in 1989 for $132,500 and began restorations. Before it was restored, the house was completely gutted and sold as apartments. Now, the house has reverted back in time to how it looked when Flannery's cousin Katie Semmens had decorated it when she gifted the house to the O'Connors. Right down to the same paint color and gold leaf accents on the crown molding. 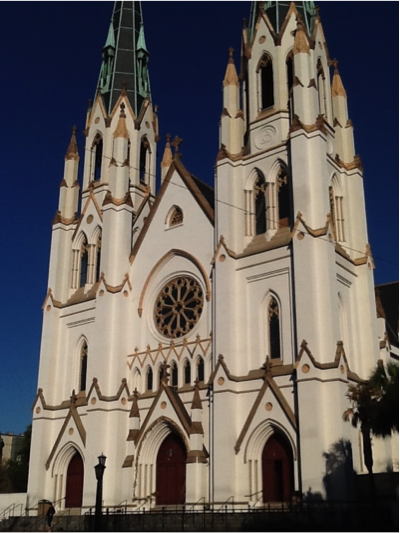 Flannery’s home is one of two historic homes located on Lafayette Square. You can also take a look inside the Andrew Low House, one of three historic homes in Savannah that still has its original garden. The Hamilton-Turner Inn, made famous by Midnight in the Garden of Good and Evil, and the Cathedral of St. John the Baptist are two landmarks on Lafayette Square you shouldn't miss.

More Great Things to Do in Savannah