Everything You Should Know About Craft Beer Week 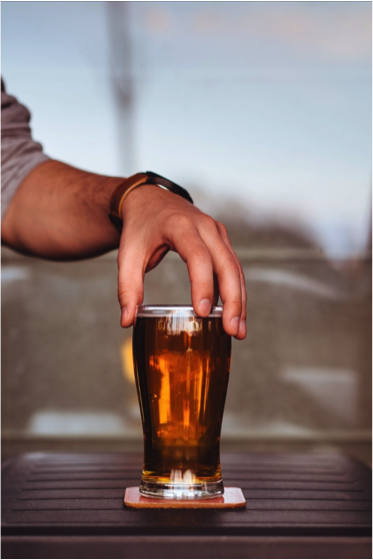 Is there anything better than beer and bacon? How about an entire week dedicated to craft beer, culminating in both the Craft Beer Fest AND Bacon Fest!? Well, you better start packing because Savannah’s Craft Beer Week is set for August 28 – September 4 and it’s going to be beer-tastic!

Savannah’s love affair with breweries and craft beer is no secret. There are so many places to grab a craft brew that it’s nearly impossible to try them all. Nearly. Craft Beer Week is going to be filled with Tap Takeovers, “Meet the Brewer” events, beer tastings and even a 5K run, so you’ll want to download their app in order to have the most up-to-date information on their event schedule.

“Savannah Craft Beer Week is a great opportunity for breweries and retailers to create some fun and unique events in our community that celebrate our passion and dedication for craft beer,” says Kevin Ryan, CEO of Service Brewing Co, the 2016 Craft Beer week title sponsor.

Labor Day Weekend sets the stage for the annual Craft Brew Fest. Held at the Savannah International Trade and Convention Center on September 3, you’ll need tickets if you want to attend this one-day event. You’ll receive a 2-ounce souvenir sampling glass to sample over 150 craft beers. There’s no limit on sampling, so if you find one you like you can always go back for more.

They’ll have plenty of food and live entertainment at the event itself, but right across the river there’s a whole other party going on: Bacon Fest. Local Restaurants will be serving up some mouthwatering bacon creations on River Street starting at 4 p.m. that Friday. Can’t make it then? You’ll have all day Saturday, 10 a.m. – 10 p.m., to eat more bacon than may be good for you. (We’re so not judging. Mmm. Bacon.)

If you ever attended at block party as a kid, Bacon Fest may cause some flashbacks. River Street will be lined with vendors selling food, beer, funnel cakes, and even handmade jewelry, photography, locally made candles, honey and more. River Street always sections off an area and fills it with inflatable rides and good times for kids, making Bacon Fest a family-friendly event.

Have a few beer enthusiasts in your group but not everyone wants to sample 150 craft beers? No problem. There is a free ferry that can take you across (or back and forth) from the Convention Center to River Street until midnight. September 2 is also the first Friday of the month, which means there will be fireworks over the river at 9:30 p.m.

While you may need a vacation from this vacation, if you love craft beer (and bacon!) this is the best time to visit Savannah. If you haven’t already booked your stay for August 28 through September 4, I suggest you book something quick! 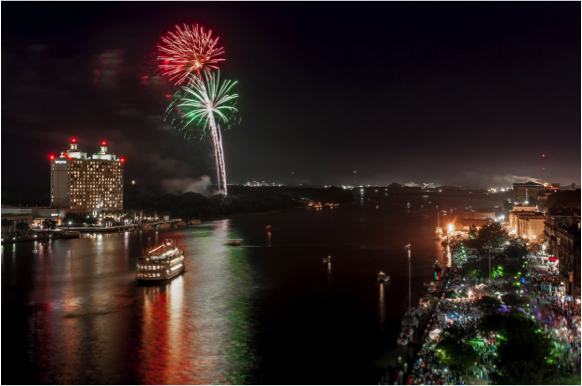